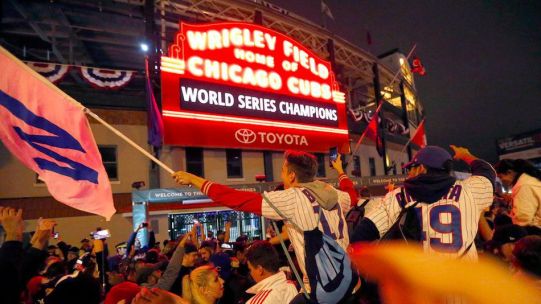 Congratulations to the Cubs on a hard earned win last night! Despite living in an area filled with die-hard Red Sox fans, I’m not a huge baseball fan myself. I am, however, a huge fan of underdogs and feel-good stories. After going 108 years without a World Series win, while maintaining a very loyal group of fans, the Cubs pulled off a World Series win in epic fashion. Seriously, that game was a nail-biter! Even as an only occasional baseball game watcher, the nerves, excitement, and joy of the Cubs fans was palpable. Congrats to everyone reveling in the win today! 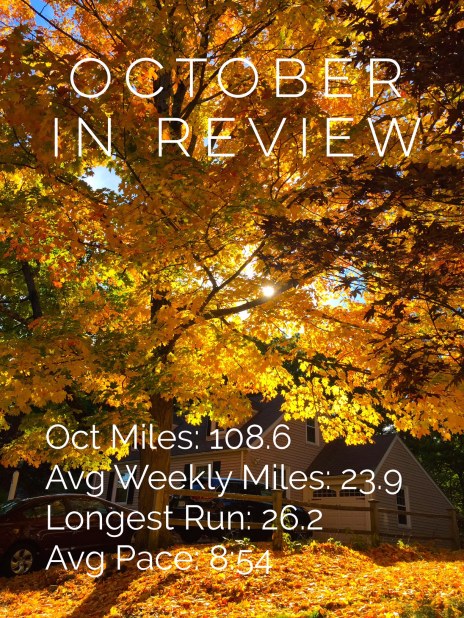 Obviously my October running was fully centered on the Baystate Marathon. Tapering, the actual race, and then post-marathon recovery. I was pretty excited to hit over 100 miles even with tapering and low mileage following the race. My goal for what little remains of 2016 is to run at least 100 miles in both November and December which will put me at 1500 miles for the year!! The idea of hitting 1500 miles is pretty exciting to me and a lot more mile than I expected to run this year.

Since Baystate I’ve spent a little time thinking about what’s next and what kind of running I want to do in 2017. I really love the feeling of strength and achievement that running gives me so I would like to keep my mileage up, although probably not at marathon training levels. I’m 99% sure that I’ll run a half marathon in the spring – the fall is much more up in the air. There was a big part of me that wanted to run Chicago again and experience the excitement of the race, exploring the city, and having a crack at racing it vs. just running to complete it. I’ve never done back-to-back marathon training cycles though and don’t know that I want to run a fall marathon and then a spring marathon too. Especially since I have been pondering the idea of trying to get into the Boston 2 Big Sur lottery. This is totally in its infancy stage of an idea . . . but the idea is there. 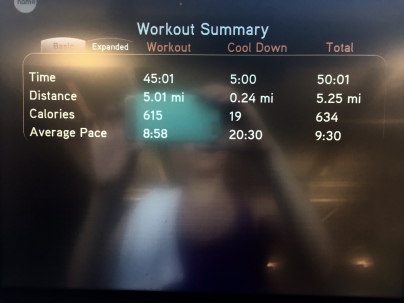 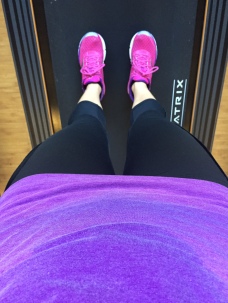 Slowly I’ve been easing back into running – all run at easy/recovery pace. The first week post-marathon involved walking, a little time on the elliptical, and at the end of the week 2 miles at recovery pace. This last week was a little more eventful with a couple of 5 mile runs and a long run of 8 miles with some of my running group friends. Four of the ladies I ran with this summer are running the NYC Marathon this weekend and since our schedules didn’t align the few weeks before Baystate, I was determined to get out and run with them before their race!

Speaking of the NYC Marathon – best of luck for a fun and fantastic race experience to Helly this weekend! ❤

Anyone else running the NYC Marathon this weekend?

After a goal race do you like to take time off or start plotting your next race? 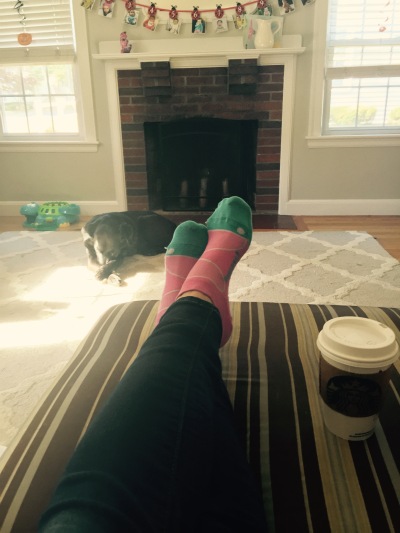 A whole lot of this going on

I wrote this post a few days ago and have sat on it, revisited it, edited it, and sat some more. It felt a little negative to me. There’s already so much negativity out there that I didn’t want to focus on it and I’ve felt mostly happy about my marathon in Chicago. So I thought about scrapping the whole thing and moving on to just recapping the runs I’ve done since Chicago, but it’s important to me to be real in what I write on this blog; not just paint a glossy picture of only the good times so I kept it.

After finishing the Chicago Marathon last week I felt really done with marathons. Not in a hateful, never want to run again way, just that there was no need for me to run one again. Somewhere during the actual race I thought “I’m done.” It’s not uncommon to feel that way during a marathon (right?), but I was surprised for how long after the marathon I still felt that way. I felt like I’d already reached my sub-4 hour goal during my first marathon, and my goal of running a marathon after baby #2 with Chicago. So what would be my reason for running another one?  As much as I truly didn’t have a goal for Chicago, I was surprised to find myself feeling a little disappointed with my time. But why? Instead of reveling in completing a marathon 13 months after having a baby, I found myself comparing my time to my first marathon.

It was hard for me to not compare my Chicago time to my Smuttynose time. My slowest miles at the end of Smuttynose, when I was taking walk breaks during each mile, are about the same as my splits from Chicago where I ran the whole time.

It was hard for me during and after my pregnancy to not compare my running, or lack there of, to other runners I know. Runners who were pregnant at the same time as me and were still running marathons at 23 weeks pregnant, or others who were back to PR paces within weeks of getting the all clear to return to running after delivery.

I felt like I should be bouncing back too. Oh you’ll bounce back in no time everyone says. What does that even mean? That like a spring, once the baby is out everything boings back into place? Yeah, not exactly. There was definitely no bouncing here. There were grueling 1 mile slogs around my neighborhood, long breaks with no running at all, many 2 mile runs that felt like that was as far as I was ever going to be able to go, and feeling like I was going to throw up after running my first 4 miles in a row.

I could either feel good about all I’d done and where I was, or I could continue to compare and always come up short. I’m happy to say that a week post-Chicago I do want to run another marathon. I realized it was ridiculous to compare my two marathons on times alone. In fact, it was ridiculous to compare them at all. Each one could stand alone as a really fun and fulfilling day. Now I can focus on just the positives of Chicago – running consistent splits, not walking, and enjoying the whole atmosphere of the race are pretty huge positives. Smuttynose can be my motivation to return to speed work and give me a new goal for my next marathon – to get close to that time again. That’s not to say I’m going to sign up for a spring marathon tomorrow. Part of me feels like I hate to give up the endurance I’ve built up in marathon training, but another part of me feels like I should just focus on shorter distances and building a faster pace. For now I’m going to add in a day of track work and a day of tempo work while keeping my long runs between 10-16 miles.

What are your winter/spring race plans?

First run back and it was in the 🌞! Just a couple slow miles, drinking up that vitamin D #runner #herecomesthesun
Toasting to our completion of the Boston Marathon with my training partners. The @samueladamsbeer 26.2 brew was the perfect way to celebrate! 🍻I trained for my first two marathons by myself, but found a local training group two years ago. I'm so thankful for and impressed with these ladies who are so incredibly kind, smart, hardworking, and great moms. Oh, and we decided to sign up for another marathon 🤗 #neversaynever #boston2018 #bostonmarathon